Will AI take my job?Amazing facts 2022! I don’t think it will make human obsolete from industrial, as AI is changing by adopting the things but after all it is human’s brain product and will never exceed human capability of way of thinking.

Robot; most intelligent creation of humankind, it evolved with time when computers evolved most with the involvement of programming. As the programming involved with human world, it has changed the perspective of world, the work became very fast and automated, and due to involvement of robot thousands of people lost their jobs.

According to World Economic Forum automation will replace 85 million jobs by 2025.

Will AI take my job?Amazing facts 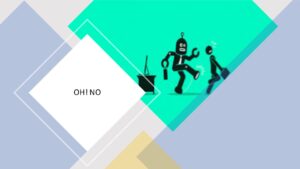 This will not end as we’re thinking about it; it will also create job for operating the robots and that will not be possible without the intervention of humans. Not many people will lost their jobs as it is stated because automation or robots have also limitations, they can’t think by their own as it is stated that human’s thinking has some limitation over some extent it is quite possible that the human creation also implant these limitations over their creatures.

Robots took job which are very simple and easy to be handled with or without human intervention, jobs that require critical thinking  are not easy to be captured by robots because robot thinks by their previous patterns that are embedded in their memory by human and they perform jobs that are recursive and repeatedly performed in same pattern like assembling a vehicle without any modification as putting tires in car required no any experience or thinking involved in it as it has to be fitted with screw.

Will AI take my job 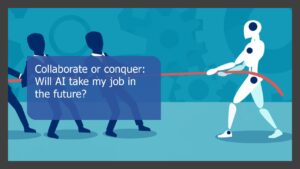 Jobs that require critical thinking to solve problems always require human intervention jobs like programming, coding, lawyer, and research scientist. These jobs will never be supplanted by robots in anyway. As for programming logic it is considered that it has to evolve and changed according to problem human faces on daily-routine. Lawyer sometimes decides the fate of a person on behalf of their conscience which absolutely robots can’t.

Will AI take my job: At the end it is concluded that not all jobs supplanted by robots or AI, bots have intelligence but limited they can’t decide the fate of human beings may be automation take few jobs as it is advancement but not all. Still we can decide on behalf of two voices we can easily judge which robotic voice is as it is test for robots according to Alan Turing to replace human beings.

Please comment to give any suggestions or your opinion about Will AI take my job ?

AI Human Symbiosis All about Neuralink

AI Human Symbiosis All about Neuralink Neuralink in its early stage was just a startup registered by famous billionaire and well-known engineer and business tycoon Elon Musk. Neuralink as the name suggests used to build a connection between the brain’s neurons and gadgets that are used by users (i.e., Computers, Smartphones and Smart TVs). Elon […]

No comments to show.

AI Human Symbiosis All about Neuralink

Will AI take my job?Amazing facts 2022